Average Joe covers a handful of potential tech geniuses.
Tech geniuses are software developers, startup founders, and entrepreneurs who seemed to have a magic touch or special mystique. Some believe this unknown x-factor may have helped them raise venture capital funding, capture the imagination of the media, and suspend reality as they pitched their ideas to the world. You’ll learn how some of tech's greatest recent creators were able to work their magic on products and on people. Then, in a surprising twist, you'll learn how to conjure that magic for yourself.

How a Google engineer created Gmail

How a tech designer made Slack famous

How a growth hacker blew up Dropbox

How an unlikely academic stumbled into Groupon

How tech founders use cognitive mechanisms

How Satoshi Nakamoto created Bitcoin from the shadows

The mystery of Elon Musk

How Jack Ma created Alibaba and became a legend

How Elizabeth Holmes of Theranos fooled everyone

How a Google Engineer Pre-Created Gmail

Though a google engineer officially created the product in 2004, it's highly likely that his premature attempt at web-based email 6 years earlier helped him later take Gmail to the blockbuster status. His work on the product was so impactful, it helped to usher-in the next era of web development around the world called Web 2.0. This product changed the internet overnight, and yet, many believe this engineer's mind was actually working on the problem for over 8 years. I believe his mind was slow-creating the product that entire time. 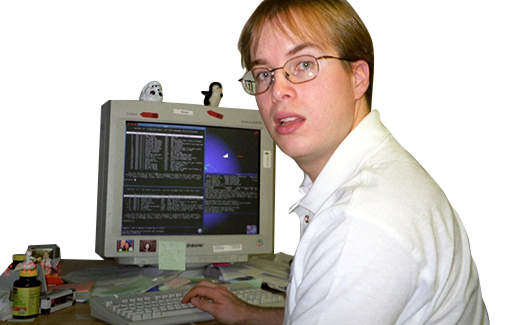 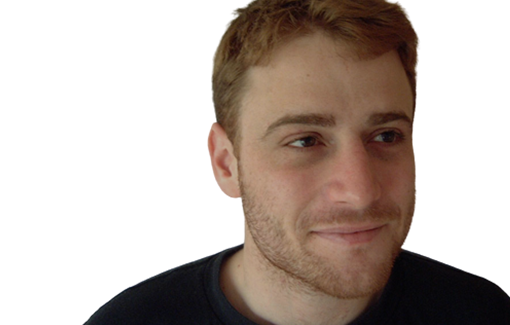 How a Tech Designer Made Slack Famous

Slack's CEO, Stewart Butterfield, half-jokingly told a crowd he has no idea how it happened, referring to Slack's exponential growth to global phenomenon status. Slack, now worth over $16 billion, was designed by an outside firm. We look at how the lead designer, Andrew Wilkinson, approached the project.

How a Growth Hacker Blew-Up Dropbox

I sat down with Sean Ellis, left, the originator of growth hacking, to hear first-hand how Dropbox went from an 8-person crew of early developers to a global brand worth over $10 billion. He shares the true backstory, involving a conversation with his buddy, the revelation of a secret, and a series of marketing experiments. The secret itself was eventually unleashed into the marketing experimentation, which led to a 300% increase in signups, and ultimately, an avalanche of growth. 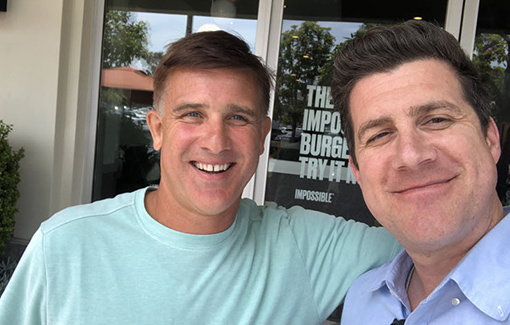 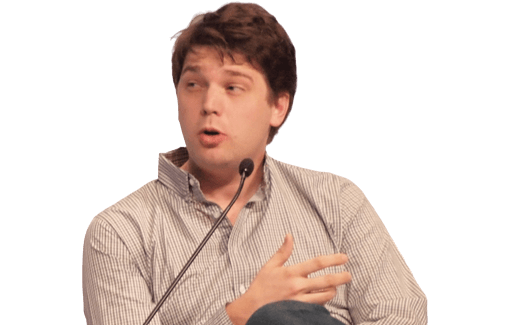 How an Unlikely Academic Stumbled into Groupon

Andrew Mason was working through the minutia of a political and academic-focused startup when it discovered the village mindset. This psychological construct and cognitive mechanism was a huge discovery at the time. It was a real moment. That moment led to a pivot. That pivot had a name: Groupon. It became the fastest-growing tech startup in history at the time, and is one of the very first examples of advanced cognitive science playing out in the age of the Internet.

How Tech Founders Use Cognitive Mechanisms

How do these tech geniuses get millions, even billions to consistently click, swipe, sign up, login, share, and pay real money for brands they've barely engaged with? It's a game of psychology. In no uncertain terms, psychological methods, techniques, tricks, and manipulations are being unleashed against billions of Internet users around the world, every single day. These cognitive mechanisms get users to —all for another dose of Dopamine, Oxytocin, or Serotonin. The tech founders and software engineers behind these tricks know they're doing it. They learned much of this from B.F. Skinner, who led decades of research on Operant Conditioning in psychology. He put birds and mice into boxes and got them to peck buttons, pull levers, and do tricks for food pellets. Control mechanisms can be powerful, and you can use them in your own products, too—hopefully in ways that benefit humanity. 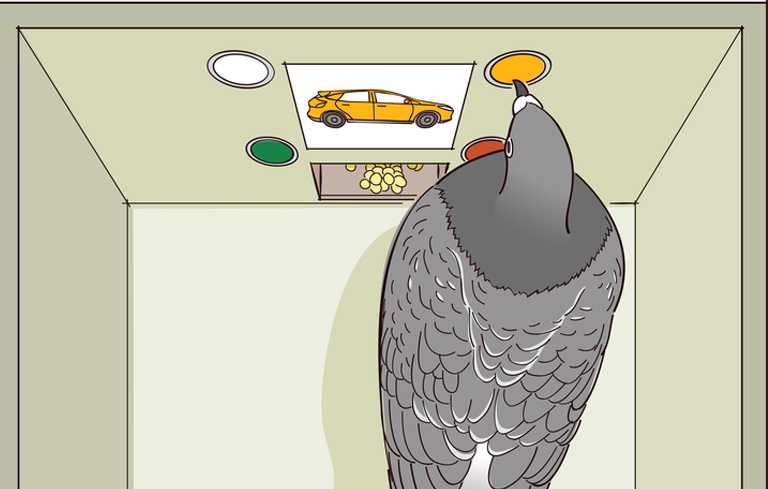 Some of the Cognitive Mechanisms Used by Tech Products 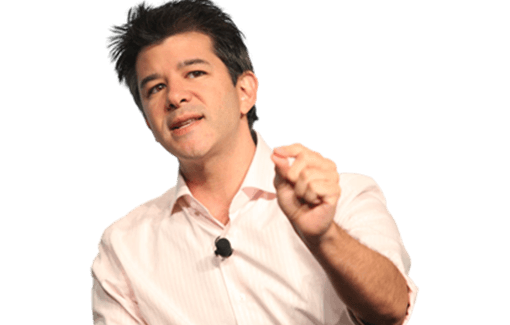 When Travis Kalanick pitched Uber to investors, he was not 100% certain how it would all shake out. Local laws were in place that protected the taxicab industry, and there were steep penalties for violating those laws. Just one month after closing a $1 million investment round, Kalanick's team was served with a legal document that would test their resolve and their ability to see beyond the current legal infrastructure. Instead of caving in, they worked their magic, and found a way through the legal hurdles to expand the business and create a new model for transportation around the world.

Bitcoin is not a story about money or greed or capitalism. It's a passion project of a still-anonymous software developer. Under the pseudonym of Satoshi Nakamoto, the platform was launched, exploding to worldwide brand recognition. Nakamoto exposes his contrarian mindset in his words and his code. His philosophy is diametrically opposed to all of the existing global financial establishment. Average Joe digs deep into contrarianism as a key element of the tech genius persona. 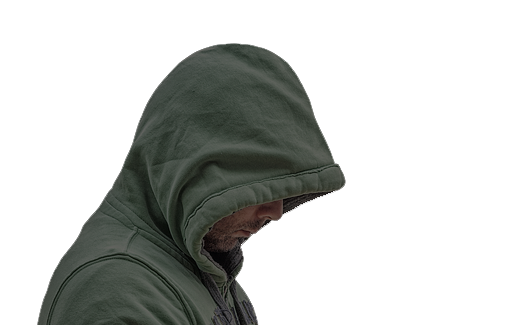 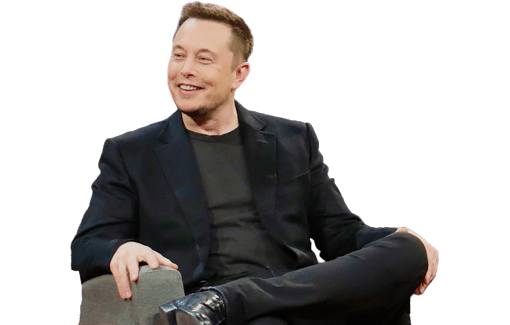 The Mystery of Elon Musk

As a global sensation, Elon Musk epitomizes the tech genius persona. Some have venerated Musk as the best possible tech entrepreneur success story. Average Joe gently pokes at the picture of tech perfection, what people have heard, seen, and felt in the Musk universe, and where that leaves the rest of us. After all, not everyone can be Elon Musk.

How Jack Ma Created Alibaba and Became a Legend

Jack Ma is the founder of Alibaba, the largest e-commerce company in the world. His IPO raised 25 billion, the largest ever. He celebrated his birthday in an Olympic stadium with 60,000 people cheering his name. His employees adore him. They pulled him around on a stage where he played guitar and sang to them. Ma is a legend—a tech genius—but writes no code. We step into his world and learn from the heart-first leader of a tech empire. 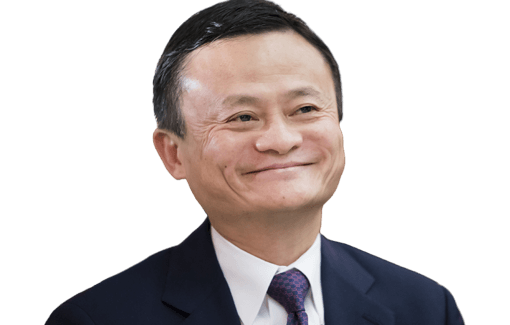 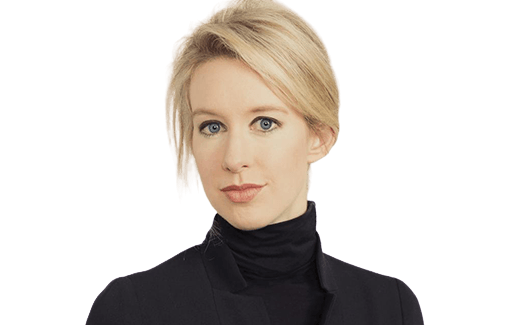 How Elizabeth Holmes of Theranos Fooled Everyone

While awaiting her day in court, Elizabeth Holmes has a lot of explaining to do. For one, everyone wants to understand how she convinced hundreds of investors to invest into her hands over $1.4 billion for the propagation of life-saving health products that simply did not exist. Investors bought into her hype and her hustle—from her voice, to her outfits, to her gaze. Average Joe unpacks how she did it, as a warning to all who hear her story.

How Adam Neumann Raised Billions for WeWork in a Car Ride

Adam Neumann was the CEO of WeWork, a global tech-real-estate-platform startup. Neumann had his own special presence. Fast Company magazine described Neumann as resembling a rock star, with chiseled cheekbones, shoulder-length dark hair, a six-foot-five frame, and a proclivity for black leather jackets. Somehow, Neumann convinced the chairman of Softbank to invest 4 billion dollars while on a brief car ride. We unpack this tech genius masterclass—the good and the bad—every juicy morsel. 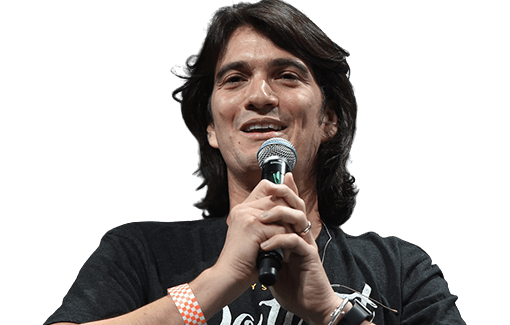 Be the first to get your hands on Average Joe

“This book is a must-have for all tech start-up founders and entrepreneurs.”

“A brilliant piece of work for product teams and creators.”

“My brain hurts. The concepts in this book are so good.”

“I want my entire company to read this book.” 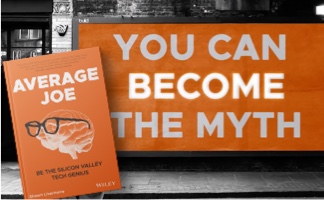 The Tech Genius Is A Myth 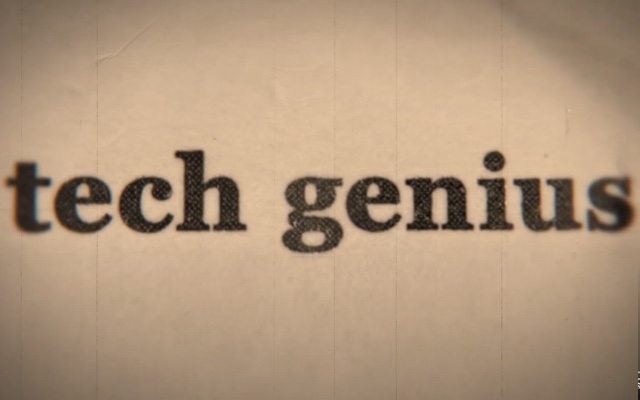 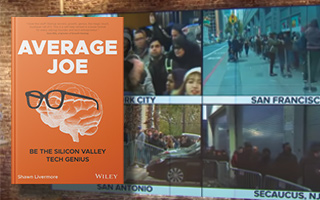 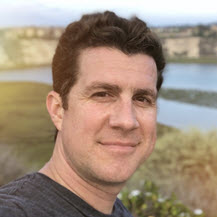 Join me on the journey, from average to genius.

-Shawn Livermore
Thank you! Your submission has been received!
Oops! Something went wrong while submitting the form.

Get the Book. Become the myth.

Get the Book
Amazon Top 10 Best-Seller‍ 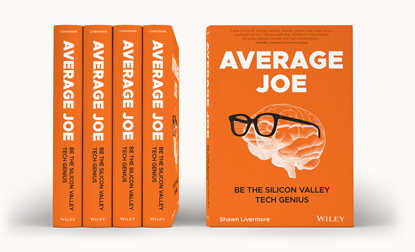 Get the best-selling book that helps anyone think, speak, and create like a tech genius.